It has been said 21st Century man is bound up in pursuing an abundance of things. What is needed to counteract this obsession is an abundance of spirit, a chance for self-reflection and a connection with one's inner self. 1 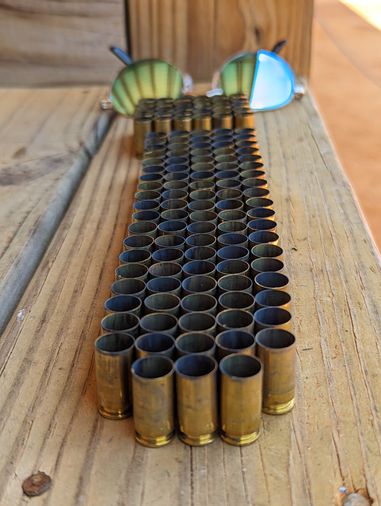 How do you make time for self-reflection? Where do you connect with your inner self?

You might think it is a real stretch to compare time spent at a shooting range with anything Zen, but I would raise a finger (no, not that one) and say to you, "well, hold on a minute."

Consider the fact that what we call the Zen Garden got its start in Japan under the watchful eyes of the samurai warriors of the Kamakura Era. The samurai identified with the Zen emphasis on simplicity, self-discipline, and the importance of meditation to find one's true self, undistracted by ostentation and worldly possessions.

I think right off the bat we can see there is nothing foreign about the concept of weapons and Zen being used in the same construct. Following the idea, I find a tangible correlation between the motion of the samurai swordsman and the strokes of the rake in the white pea gravel of the garden. Both are smooth, clean and uncluttered.

The art of shooting a firearm is much the same. Disciplining the self, becoming one with the weapon, the smooth careful concentration of motion into the trigger, and the split-second elimination of all distraction all have a very zen-like quality. Zen is a form of action.

Zen isn't just sitting cross-legged and meditating (which is zazen, or seated meditation). All manner of activities, from sweeping the garden and chopping vegetables, to the tea ceremony, ikebana (flower arrangement), and landscape gardening are all considered practices of Zen discipline, aimed at focussing the mind and working toward spiritual awakening. - The meaning behind the Japanese Zen garden

The Shaolin Monks near the end of the Sui Dynasty around 600 B.C. expressed through their heroism and selflessness the Tao (Ch'an or Zen) connection between self-discipline, self-cognizance, skill and strength of both mind and body. Shaolin Kung Fu is a physical expression of a spriritual structure. Zen does not equal passive.

What is Zen? It’s both something we are — our true nature expressing itself moment by moment — and something we do — a disciplined practice through which we can realize the joy of being. 2

I found Zen at the range. Just me, my Beretta Cougar 8040 F, a set of steel targets and 128 rounds of ammo. There alone in the blissful peace of earplugs, I listened to my breathing, pinged my arms, hands and fingers, disciplined my nerves to lie still while I pulled the trigger.

I moved myself from frustration to quiet satisfaction. I returned myself to a center of competence with a tool, a competence I had once known but lost by lack of practice.

As an homage to the moment, I policed my brass, lining them up in neat even rows like the hills and valleys of a Zen garden. The photo and this article are for me, a remembrance shared with you.

And you will do with it as you wish.