When I built WeatherPi, I was trying for a robust, reliable, repairable Raspberry Pi based weather station. So far, it has lived up to every expectation.

WeatherPi has now lasted three times longer than either of two consecutive Accurite stations. Each of them died after only a year.

WeatherPi made it through Hurricane Sally in 2020, recording over 2 feet of rainfall in a few hours and winds in excess of 75mph before the power went out and the battery backup died.

I've only had to do the barest minimum of maintenance to WeatherPi. I have learned the GPIO inputs are susceptible to damage from induced voltages on the wires coming from the sensor array at the top of the pole. I've lost three inputs so far, but have been able to move the connection to another pin and regain functionality.

The first two were associated with the tipping-bucket rain gauge. When the second input died, I put a relay inline and located it inside the box with the Pi. The bucket's contact energizes the relay, and the relay flips the trigger on the GPIO input. Works great.

The third one was discovered today. It was the input that sensed the pulses of a magnetic reed switch on the anemometer.

After today I'll be doing a similar thing on the wind speed sensor. I'll be interested to see if the relay can keep up. Sometimes that anemometer gets spinning pretty fast. 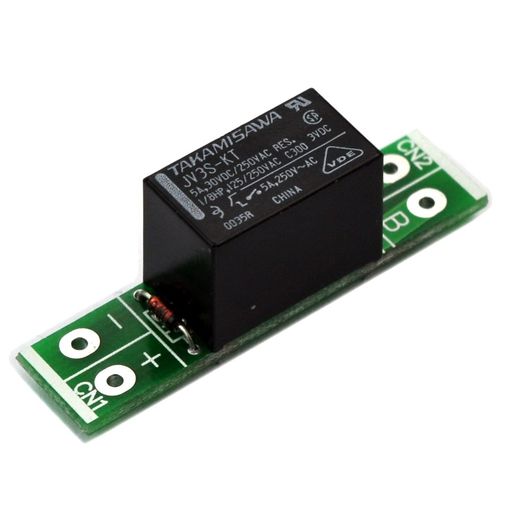 Image: This little 3VDC relay can save your GPIO's bacon.

The actual total cost of building WeatherPi was about what I'd have spent on a quality commercially made consumer station. Maybe the commercial station would be as good as WeatherPi, who knows.

What is hard to put a price on is how much I learned while building WeatherPi. Being exposed to new things is worth a lot. So between the details of how the hardware works together and the coding of the Python programs that make it work, a lot of new data was deposited into the meat vault between my ears. In that regard, I'm a much richer man for making the choice to built it from scratch.

And that, my friends, makes me really very happy. 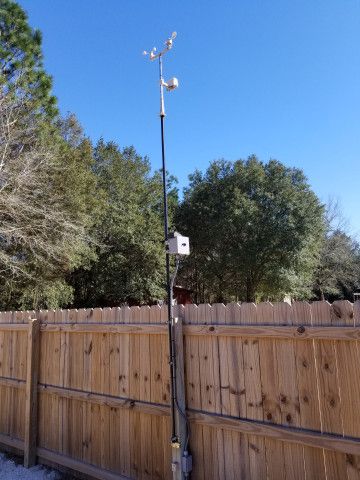 Happy Anniversary, WeatherPi. You are most assuredly a Thing That Works!