It's hard to solve a problem when you literally cannot see the solution. 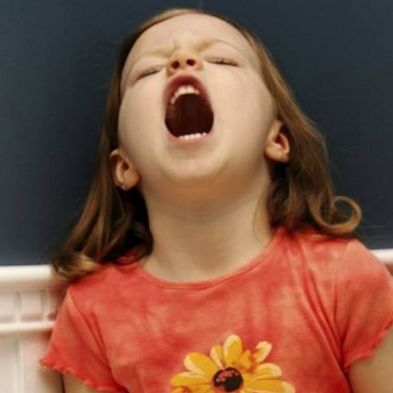 I just burned up two whole days trying to solve a problem caused by an invisible non-entity.

It was a space. Well, two spaces to be precise, one at the end of each account password.

We recently left Verizon and returned to T-Mobile after Verizon decided to start charging us an extra $20.00 per month because they refused to resolve a problem with their eBill system which prevented us from using it. What they wanted was for us to give them carte blanche to draft our checking account whenever they saw fit. That is something that will never happen again after the great Sprint debacle of 2001. But that's another story.

Or it did until she got a new phone. Suddenly she was getting errors and failed logins using the exact same client on the exact same version and OS that I was using successfully on my phone. It made no sense.

I started trying to figure it out. I dug deep into the documentation on the server software. I read every forum post that might possibly be relevant. I uninstalled, reinstalled, configured, reconfigured all to no avail. The errors kept on coming.

After one whole day of wrangling, I gave up on Radicale.

I had read that NextCloud, an open-source self-hosted cloud storage solution had WebDAV capabilities. So I thought perhaps this could solve my problem.

I set about working to get NextCloud installed and running on our little cloud server. After several hours and two aching eyeballs, I gave up on that. It wasn't so much that I couldn't get it running. It was more a creeping realization that what I was doing was acquiring a White Freightliner to transport my groceries home from Publix.

So I reverted everything back to where I was at the start. Radicale was back.

In a haze of dejected frustration I examined the DavX app on her phone one more time. It was then, in a freak moment of clarity that I saw it. The cursor flashed just one space to the right of the last visible character in the password I had just pasted from her password manager. The same password manager that had provided the same password for every reconfiguration I had attempted for the last two days.

I almost cried. I deleted the space, pressed the 'sync' button, and watched with a mixture of satisfaction and disgust as the app did what the app was written to do.

It seems that some time in the past I shared those two logins with my wife via Signal. At some point in the process of copying and pasting, an extra space was added to the end of each password. Obviously, that makes the password no longer the password. As far as the authentication mechanisms at the other end of the request are concerned, it was just wrong.

So, when confronted with a thing that just doesn't work, look for what you can't see. And with that 'non sequitur' bit of advice, I bid you good night.